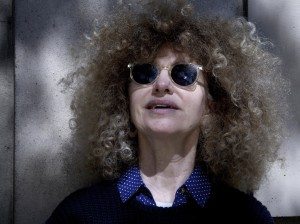 After she studied at the Ecole du Louvre and graduated from ESMOD, Laurence Chalou has refined her training with many costume designers at the Comédie Française and at Berlin and Düsseldorf’s Operas.

Her career started in television as she signed costumes for several TV films (Dangerous Liaisons, Van Gogh…), and, in the same time, directs a career as a fashion store manager.

She worked as a costume designer on the film L’Échappée Belle directed by Emilie Cherpitel (release in June 2015).

For several years now, Laurence has been pursuing collaborations with the live performing arts, such as designing costumes for Bérangère Janelle’s creations (the operas La Périchole, Fra Diabolo, the plays Amphitryon, 66 Gallery, Twelve Night) and Dominique Brun, choreographer of a version of The Rite of Spring.

On the occasion of L’Autre défilé followed by La Mêlée des Mondes, Laurence started on a collaboration with DCA Compagnie and Philippe Decouflé.

Recently, she signed the design of costumes for Contact and Wiebo, a concert-performance David Bowie at the Philarmonie de Paris staged by Philippe Decouflé.